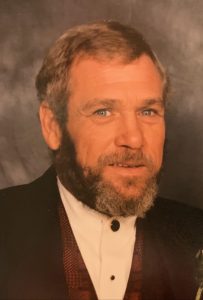 Nicholas “Nick” Ray St. Clair, of Reinersville, passed away on March 5, 2020 following a tough fight with cancer. Nick passed away at the Cambridge Care and Rehabilitation Center where he was surrounded by loving family. Nick was born October 3, 1952 in Zanesville to the late Raymond E. and Rita J. (Englehart) St. Clair.

Nick graduated from Meadowbrook High School in 1970.  He worked for Ohio Power, Essex Wire, and Northstar Camper Sales. He then joined and retired from Laborers Union Local #530 out of Zanesville.  Nick grew up on the family farm and continued farming his entire life. He leaves behind his 30-year-old horse Spike whom many people have grown to love and spoil for him! Nick was an avid Harley rider since a very young age and enjoyed building motorcycles himself. He was a social man who had many friends and he loved to travel around the surrounding counties visiting friends, sharing stories and jokes, and laughing. Everywhere Nick went he took his best buddy and sidekick, his dog Harley.

Visiting Hours will be on Monday March 9, 2020 from 2-4 p.m. with a service starting at 4 p.m. at the Farus Funeral Home of New Concord; Rev. Jim Gibson will officiate services.   Nick’s children would like to thank Cambridge Care and Rehab, The Cambridge Cancer Clinic, Southeastern Ohio Regional Medical Center, and Absolute Hospice for the care of their father during this difficult time. Donations can be made to The Guernsey County Health Systems Cancer Center Campaign, In Memory of Nicholas St. Clair, 1341 Clark Street, Cambridge, Ohio 43725.