Last week, Noble County was represented by both schools on the girls’ all-state team and this week, it’s the boys who take center stage with the selection of Shenandoah High senior Kendal Sherman and Caldwell High freshman Bede Lori to the OPSWA Division IV All-Ohio third team while junior Christian Duniver of the Zeps was an honorable mention honoree.

Sherman and Duniver helped the Zeps to a 17-8 record season which included the school’s first sectional championship since 2002.

“We’re pretty happy to get two guys recognized,” said Shenandoah coach Marc Smith. “That shows we’re getting respect for our improving program and winning some games, and those two were a big part of that.” 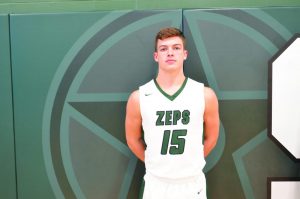 “Kendal is a four-year starter who’s been so reliable and dependable and he had an unbelievable season for us,” said Coach Smith. “He’s really good offensively, but for the better part of his four years he guarded one of the top players on the other team and that’s an unsung thing.

“When we needed big shots at big times, Kendal Sherman made them,” the SHS coach continued, “and he stemmed the tide on more than one occasion….exactly what you expect a four-year senior to do. We gave Kendal a lot of freedom on the court – he could change the defense or call a set on offense.”

“What he did in football season speaks volumes,” he related, referring to Sherman’s willingness to move to quarterback rather than his anticipated running back/defensive back spots. “For him to sacrifice what he did…all of the coaches see that and appreciate it.” 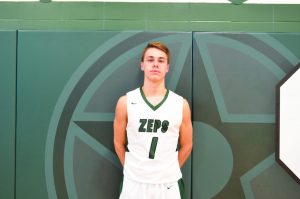 Duniver, a 6-0 guard, was an offensive force all season, averaging 18.4 points per game with a career-best 41-point effort against rival Caldwell. He also collected 4.4 rebounds, 4.2 assists and 2.0 steals per contest.

He was a first team all-District 12 D-IV and all-OVAC Class 2A along with second team all-East District D-IV.

“Christian is a real ‘gym rat’ – working early in the morning and late at night…driving to Columbus to play AAU basketball,” the Zeps’ boss continued. “The ultimate compliment on him that I hear from opposing coaches is not how many points he scores or how many assists he has….it’s that ‘he’s a player.’”

Smith has high expectations for Duniver – who enters his senior season with 858 career points – and his other returning players next year.

“How good we will be next year will depend on him and our other seniors,” he said. “He’s got all the tools and work ethic, and if he improves in the leadership role…look out!” 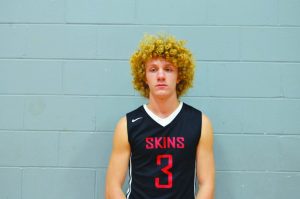 Lori, a 6-3 guard, burst on the high school scene in a big way for the 13-11 Redskins, scoring 495 points as a freshman – a 21.5 average, while also contributing 5.7 rebounds, 3.5 assist and 1.0 steals per game while shooting 44 percent on three-pointers and an eye-popping 92 percent on free throws.

In addition to his all-state recognition, Lori was named first team all-East District D-IV, all-District 12 D-IV and all-OVAC Class 2A.

“I’ve been around some special athletes here…kids like Tanner Clark and Jonathon Wiechman,” said Caldwell coach Clint Crane, “and I’ve never had a kid work harder or have a better individual season.

“He was obviously the focal point for a team with no older kids,” the CHS coach continued. “He kinda kept us afloat the first half of the season while the rest of our young guys figured things out and this was a key learning year for our guys, Bede included.

“The sky is the limit for Bede and our team,” he added. “We have a lot to look forward to the next several years.” 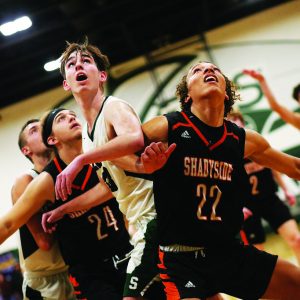 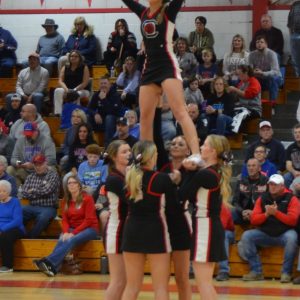 ’Skins Rebound from Loss to Garaway with 8th Victory By Julie LaFollette The Caldwell Redskins hosted Philo on Saturday, getting a 20-point win over the Electrics, 76-56. “It was good to bounce back tonight,” said Caldwell Head Coach Clint Crane. “We played a big time team last night (Garaway) – a regional finalist who returned eight guys. We have to see teams like that to get ready for what we want to do down the road. We took one on the chin last night for sure, but we got better from it. “I thought our guys focused today with the quick turnaround,” Crane continued. “We came out ready to play and got contributions from everyone. This is key for us. We have to get the young guys stepping up and scoring. Carter Wheeldin really stepped up scoring; Ethan Crock and Dylan Wheeler contributed with what they do; and Chaz Pfeffer and Dylan Schott had some good minutes off the bench. Obviously, we are going to get what we get from our seniors.” The Redskins took an early four-point lead before the Electrics tied it up at 6-6 on a basket by Cooper Radcliffe. Caldwell built an eight-point lead on a bucket by Wheeldin, but back-to-back baskets by Cade Searls and a score by Wesley Wilson cut the lead to two. Crock sunk a trey at the end of the quarter to give Caldwell a 19-14 lead. Caldwell doubled its lead in the second quarter with their seniors leading the way. Bede Lori scored 10 points and Tyce DeVolld had seven in the quarter. The Redskins led by 10, 36-26, at the half. The Redskins took a 15-point lead late in the third period on a layup by Wheeldin, who scored 12 points in the quarter. Caldwell led 55-44 with one period left. Caldwell extended its lead to 23 in the final quarter on a bucket by Lori and the Redskins rested the starters late.. Lori led all scorers with 31 points. DeVolld scored 19 and Wheeldin had 16. Searls led the Electrics with 23 points followed by Wilson with 12. Caldwell won the JV game, 69-25. Four Redskins finished in double figures – Schott had 17, Garrett Brown had 15, and Kyler Starr and Kolby Larrick each scored 11 points. *** The Redskins traveled to Barnesville on Tuesday, with the Redskins coming from behind to win, 69-59. The Shamrocks took the early lead, including 13-10 at the end of the opening quarter. Barnesville extended its lead in the second quarter behind 10 points by Asa Geilinger, taking a 28-20 lead into halftime. The Redskins came back in the third period, with Lori scoring seven and DeVolld netting six. The pair combined to shoot 6-of-7 from the foul line in the quarter. Caldwell led 45-36 going into the final stanza. Lori dominated the fourth quarter, scoring 16 including a perfect 8-of-8 from the charity stripe and the Redskins finished with a 10-point victory. Lori led the Redskins with 32 points, followed by DeVolld with 16 The Shamrocks were led by Geilinger with 26 points. Caldwell swept the evening, winning the JV contest, 50-47. Dylan Schott led the Redskins with 19. *** Caldwell hosted Garaway on Friday, with the Pirates earning a 65-36 win. The game was tied at four early in the opening quarter before Garaway went on a 14-2 run to finish the stanza with a 18-6 lead. The Pirates extended their lead in the second quarter, outscoring the Redskins 13-10 to take a 31-16 lead at halftime. Garaway led by as many as 25 in the third quarter and led 51-27 with one quarter remaining. The Pirates took a 32-point lead midway through the fourth quarter and won by 29. DeVolld led the Redskins with 10 points. Garaway was led by Brody Roden with 16 points followed by Drew Mullet with 12. Garaway won the JV game, 51-36. Chaz Pfeffer had 13 to lead the Redskins. — The Redskins (8-2) host Frontier on Wednesday and Trinity Christian on Friday. 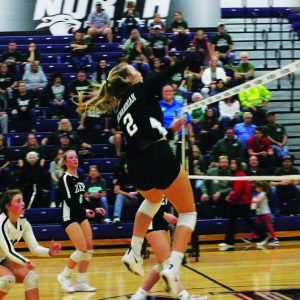