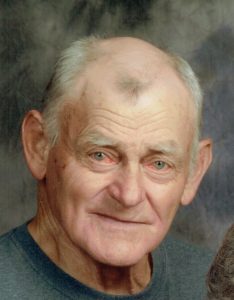 Marvin owned and operated Dimmerling Dairy Farm for 40 years and in 1976 he was named “Farmer of the Year” by the Noble County Chamber of Commerce. He was a lifetime member of St. Michael Catholic Church in Carlisle where he was also a member of the Holy Name Society. He served in the Ohio National Guard and was also a Stock Township Trustee for many years.

Upon retiring, Marvin was able to enjoy things at a slower pace. He was happiest outside mowing or still helping on the farm. He valued time spent with family, friends and neighbors.

In addition to his parents, he is preceded in death by a son Rick Dimmerling; two sisters Melba Hupp and Ruth Warner; two brothers-in-law, Tom Poland and Mick Carpenter.

Abiding with the State of Ohio recommendations for social distancing during the COVID-19 pandemic, a private visitation will be held for family only at St. Michael Catholic Church, Carlisle, Ohio on Tuesday, April 14, 2020.

In lieu of flowers, any donations or contributions can be made to the St. Michael’s Carlisle Cemetery Fund Perpetual Care, P.O. Box 286, Caldwell, OH 43724.

Arrangements have been entrusted to the care of Watters Funeral Home, Woodsfield, Ohio.