This list of honorees in the Class of 2020 for the Ohio Valley Athletic Conference Hall of Fame is now complete with the addition of two highly-successful coaches and two well-decorated officials.

Selected as Coaches for the “Hall” are boys’ basketball coach Kim Clifford, who began his career at Cadiz before a lengthy stint at St. Clairsville, and Robert “Bubba” Kapral, who enjoyed tremendous success as a girls/boys track coach and girls’ basketball coach at St. John Central. There were two selections in the Officials category this year – both from the sport of wrestling – Larry Deaton and Dr. William “Bill” Welker.

That group, along with still to be announced selections of the five “Legends of the OVAC” who made their mark either before the OVAC was formed in 1943 or before their school joined the conference, will be feted on Saturday, Aug. 15 at WesBanco Arena in Wheeling, which is also the site of the OVAC Museum.

Here’s a look at the latest additions to the OVAC Hall of Fame, which is sponsored by the Robinson Auto Group: 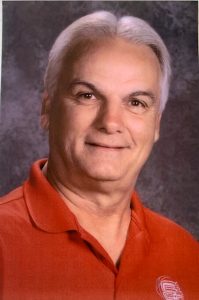 Kim Clifford (Bellaire High School, Class of 1972). Clifford cut his coaching teeth as an assistant at Bellaire under Mark Matz and Gene Ammirante before taking the head coaching position at Cadiz where he spent six years and posted a 90-48 record and won the OVAC Class AA championship in 1986.

He received the OHSBCA’s Bob Arnzen Award, given to a coach who devoted 20 consecutive years or more of service to the same school and for their loyalty and commitment to basketball, in 2014; and was inducted into the St. Clairsville High School Athletic Hall of Fame in 2019.

Clifford is a 1972 graduate of Bellaire High School where he was captain of the basketball team and played in the OVAC All-Star Basketball Classic. He attended Urbana University and graduated from West Liberty State College, earning master’s degree from West Virginia University.

In addition to coaching basketball, he also spent time as the head track coach and as an assistant football coach at St. C. 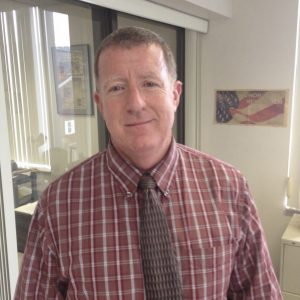 Robert ‘Bubba’ Kapral (St. John Central High School, Class of 1974). What Kapral accomplished in one sport was enough to land him in the “Hall,” but he doubled down by getting it done in two sports as a highly-successful track and basketball coach.

In track, Kapral led St. John’s to the pinnacle on the girls’ side not once, but twice by winning the OHSAA Division III State Championship (2007/2008) on the heels of back-to-back runner-up finishes the two previous years (2005/2006). Overall, he coached 47 state place-winners, including 39 on the girls’ side and nine on the boys’ side.

Kapral was a two-time OVAC Overall Coach of the Year (2008/2009); the OVAC Cal Giffin Memorial Track Service Award recipient and he was inducted into the Eastern District Track and Cross Country Coaches Association Hall of Fame (2019).

In hoops, after assisting Kim Traversa Appolloni for six years and being a part of five OVAC titles, he elevated to the head coaching post and enjoyed 25 years of hardwood success with a sparkling record of 391-176.

In addition to his coaching success, Kapral – a 1978 graduate of Bethany College with a B.A. in Communications and a four-year letterman on the Bison track squad – is a member of the OVAC Hall of Fame Committee, the OVAC Basketball Committee and the OVAC Coach of the Year Selection Committee. He’s worked in various capacities at The Times Leader for more than four decades, and currently serves as Executive Sports Editor of the Times Leader/Wheeling News-Register/Intelligencer and since retiring from coaching he’s become a basketball referee. 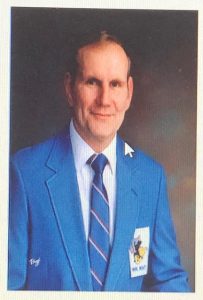 Larry Deaton (Martins Ferry High School, Class of 1964). Deaton was a mainstay as an official for more than 40 years, working countless high school matches in both Ohio and West Virginia; college matches at the NCAA and NAIA levels; and in freestyle wrestling.

His list of accolades is impressive, with the Ohio Valley Athletic Conference naming him the 1993 ‘Mr. Mat’ award recipient and years later naming the conference’s annual officials award in his honor – the Larry Deaton Official of the Year.

Deaton helped start the Ohio Valley Wrestling Club in the 1970s and headed Martins Ferry’s flag football program in that same era, and he served as president of the Purple Rider Booster Club and on the Board of Directors of the Martins Ferry Recreation Center. 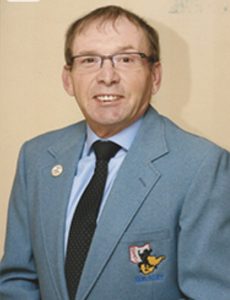 Dr. William ‘Bill’ Welker (Shamokin (Pa.) High School, Class of 1965). No one has been involved as an official or promoted the sport of wrestling not only in the conference, but far beyond, more than the “doctor”.

Welker officiated in the OVAC Ron Mauck Wrestling Tournament from 1980-91 and has served as the rules interpreter since 1992. He was also the OVAC Tournament’s souvenir program coordinator and editor for 18 years (1979-96).

He received the OVAC’s prestigious “Mr. Mat” award in 1991 and was tabbed the OVAC Wrestling Official of the Year in 2003.

Welker has been the West Virginia Wrestling rules interpreter and clinician since 1989 and is the supervisor of officials at the state tournament.

He received the 2001 NFHS Mideast Section 2 Distinguished Active Official Award and the 2002 National Wrestling Official of the Year Award from Wrestling USA Magazine.

He has also conducted numerous wrestling clinics over the years.

As an athlete, he was a three-time sectional and district champion; a two-time regional champion; the PIAA State Champion in 1963 and the state runner-up in 1965. He earned a wrestling scholarship to the University of Pittsburgh.