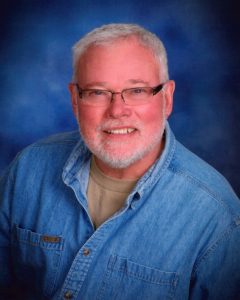 William D. “Bill” Richards age 79, of Caldwell, Ohio passed away early Monday, April 20, 2020 at the Genesis Hospital in Zanesville, Ohio. He was born June 23, 1940 in Junction City, Ohio a son of the late Willard T. and Lillian G. Paxton Richards.

He could often be found camping and boating at Seneca Lake. He loved his cabin and his farm. He enjoyed watching basketball, especially his Buckeyes. He was a proud Browns fan as well. He liked watching old westerns and war movies. He was a proud member of the NRA; he went pheasant hunting every year in the Black Hills of South Dakota and went fishing in the Great Lakes any chance he could.

In addition to his parents, he is preceded in death by two sisters, Ellen Richards and Catherine (Harry) Knecht and brother-in-law Martin LeBouf.

The family will receive friends for visitation Monday, April 27, 2020 from 2 to 8 p.m. at the Chandler Funeral Home, 609 West Street, Caldwell, OH 43724. A graveside funeral service will be held Tuesday, April 28, 2020 at 1 p.m. at Mt. Olivet Catholic Cemetery, with Rev. Father Wayne Morris serving as celebrant. Burial will follow the service. We ask all visitors to abide by the social distancing protocols set forth by the CDC during all services and visitors are encouraged to wear protective masks as they see fit.

In lieu of flowers, memorial contributions may be directed in Bill’s honor to the St. Stephen Catholic Church, PO Box 286, Caldwell, OH 43724 or the Caldwell Volunteer Fire Department, PO Box 24, Caldwell, OH 43724. Please join us in remembering Bill by visiting his memorial at www.ChandlerFuneralHome.net.