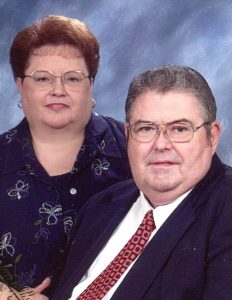 He was born March 21, 1945 in Quaker City, son of the late Ralph Hartley and Virginia Lee (Foraker) Hartley.

A 1963 graduate of Quaker City High School, Mr. Hartley was the owner of Dandy Don’s Store in Quaker City since 2001 and owner of the former Quaker Valley Foods.  He had also worked for Broughton’s and Food Distributors for several years.

He was a member of the Central Christian Church and attended the East Main Church of Christ in Barnesville.

He was a member of the Quaker City Friends Cemetery Board.

Mr. Hartley was a US Army veteran, having served during the Vietnam War.  He was a member of the VFW.

In addition to his parents, he was preceded in death by his wife, Barbara Ann (Shepherd) Hartley, who died October 17, 2016.  They were married on September 16, 1972.  Also deceased are two brothers-in-law, Dave Barr and Craig Herwick; and a niece, Tiffany Herwick.

Private services will be held for the family with burial following at Friends Cemetery, Quaker City.  Military graveside honors will be conducted by the Guernsey County Veterans Council.

As an expression of sympathy, the family asks that memorial contributions be made to one of the following organizations: 1) Quaker City Volunteer Fire Department, PO Box 326, Quaker City OH 43773; or 2) East Main Church of Christ, 329 E South Street, Barnesville OH 43713.