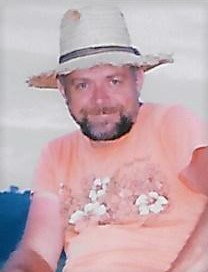 Gary David “Bear” Fox, age 77, of Caldwell, Ohio, passed away Tuesday, May 12, 2020, at The James Cancer Center in Columbus after an almost 25 year battle with leukemia. He was born January 11, 1943, in Caldwell, son of the late Claude Albert Fox, who died in 1997, and the late Mary Mildred Crum Fox, who died in 2009. He was a 1961 graduate of Caldwell High School, and he joined the United States Army in the 1960s, serving in Pennsylvania and other locations. He then moved to Columbus and worked at Western Electric for several years before returning to Noble County and working locally. Gary enjoyed walking around the family farm near Fulda and he enjoyed tinkering with his wheel horse tractors. He always looked forward to poker games with his buddies.

He is survived by four brothers, Claude Myron (Ruth) Fox of Beverly, Dale F. Fox of Reynoldsburg, and Thomas S. Fox and Robert P. (Gayla) Fox, all of Caldwell; many nieces, nephews, great-nieces, great-nephews, and cousins; sister-in-law, Betty Fox of Pickerington; and many girlfriends, including “Cheeseburger”, “Sam”, and probably countless others.

A private service will be observed by the family at St. Mary’s Parish Cemetery in Fulda. McVay-Perkins Funeral Home, 416 East Street, Caldwell, is caring for the family. Friends are encouraged to share memories, pictures, and messages of support at www.mcvay-perkins.com or on Facebook.