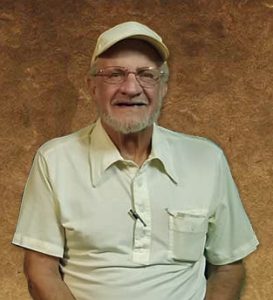 John B. Miser, age 74, passed away Tuesday, May 12, 2020 at SEORMC in Cambridge Ohio. John was born in Cambridge on October 22, 1945 a son of the late John Kermit Miser and Janice Berry Miser. John was raised in Pleasant City and graduated from Pleasant City High School in 1963.

John joined the US Navy in 1963 and quickly became a fleet sailor serving on the USS Luce in the Caribbean Sea and on the USS William C. Lawe. John traveled the Mediterranean Sea and later completed Navy Hospital Corpsman training. After serving at the Chelsea Naval Hospital in Boston, he completed Fleet Marine Medical Training and was stationed at El Toro Marine Air base in California and at Honolulu Naval Base in Hawaii. John was discharged from the Navy in California in 1970 where he lived for a few years.

Living the life of the 70’s, he traveled across country working and living and moving on. John lived in Oklahoma for several months before eventually landing back at Pleasant City around 1974. John worked as a laborer, carpenter helper, he later became a truck driver and ended up traveling coast to coast again delivering goods to most of the 48 states. John would always have stories to tell about the states he traveled to and the sights he saw on his travels. John would be the first to say he had faults, but he mostly will be remembered as a good person who liked people and was willing to help almost anyone.

John was a Life Member at Buffalo VFW #8040, where he enjoyed playing cards with friends. John loved to read, and his most trusted companions were books and newspapers. John could not pass up a newspaper; he would often find himself delivering newspapers to friends and visitors in the communities. John attended many different colleges over the US, never earning a degree but always learning. He was most proud when he knew a grandchild, niece or nephew were graduating from college. John would say the most important thing in his wallet was his card for the Guernsey County Library. John liked history and politics and was always willing to discuss/debate at any time. John was a dedicated Cleveland Indians fan and would listen to the Tribe win or lose on the radio.

In addition to his parents, he was preceded in death by a brother Charles Richard “Dick” Miser; nephew William Trott; the mother of his Children and ex-wife Barbara Neeland Shipiro; and wife Paula Todd Miser.

John’s wish was that his remains be left to the Ohio University Medical School for study and research, but due to the CoVid 19 Pandemic they are not accepting donations at this time. John entrusted his eyes to the Central Ohio Lions Eye Bank. Per John’s wishes cremation will be observed with no additional services held at this time. The family will host a Celebration of John’s Life at a time and date to be announced. Memorial contributions may be made to charity of one’s choice in John’s honor. Chandler Funeral Home & Cremation Service, 609 West Street, Caldwell Ohio has been entrusted to care for the family. Please join us in remembering John by visiting his memorial at www.ChandlerFuneralHome.net