In an effort to dispel rumors and speculation regarding the sudden change atop the Ohio High School Athletic Association’s leadership, Dan Leffingwell – President of the OHSAA Board of Directors – offered several thoughts about the situation.

“Obviously, the change of leadership that was announced yesterday was certainly not the most timely decision, but one that could not be avoided,” said Leffingwell, referring to the removal of Executive Director Jerry Snodgrass who was replaced on an interim basis by Bob Goldring, who has served the OHSAA in several different roles since 1995. 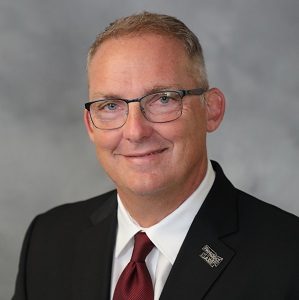 “When you read all of the speculation out there on social media and accusatory remarks toward myself and the board,” he continued, “understand that decisions like this don’t happen lightly and they certainly didn’t happen without a lot of thought and a process that brought us to this point.

“I’m not going to get into a lot of personnel issues because that wouldn’t be fair to anybody,” Leffingwell added, “but I can dispel a social media rumor. There is absolutely zero truth that there was a break-up, so to speak, because somebody wanted to move fall sports to spring and spring sports to fall. To date, we’ve had no conversations about that.”

Today (Tuesday) in Columbus, the ‘Return to Play’ Committee is meeting and, given the governor’s guidelines, it’s the first real formal conversation taking place at the office about that with the entire staff,” he related. “There is absolutely zero truth to the fact that there was a disagreement over one faction wanting one thing and the other wanting another.”

Snodgrass, who assumed the leadership role in July 2018 when Dr. Dan Ross resigned after 14 years, spent 12 years with the OHSAA and his dedication during that time did not go unnoticed.

“I’ve been involved in high school athletics my whole life,” said Leffingwell. “I’ve served on a district board for 20 years and I’ve had a long relationship with Jerry just like many others, and I’ll tell you the one thing that he brought to our association for a number of years was a passion for high school student-athletes.

“He was a tireless advocate for our member schools and he brought a lot of energy and a tremendous work ethic to the association,” he continued, “so we’re obviously going to miss that.”

Leffingwell noted that the OHSAA will continue to move forward and its objectives will remain the same.

“First and foremost, our mission is to serve member schools and that will never change,” he said. “A lot of the financial reductions that were made several months ago were done to protect the fiscal sustainability of the organization moving forward and none affected our member schools.

“There’s no greater priority right now than providing support and guidance as every member school figures out how they’re going to return to play this fall,” he continued. “We believe that in the interim, Bob (Goldring) gave us a familiar face in the office and one thing we know is that he’s going to utilize the expertise that’s already there in the office to bring these guidelines for our schools into focus ASAP.

“We feel there are a lot of quality people that work at the OHSAA and we think that Bob will work collaboratively with the OHSAA to bring those guidelines to fruition,” he added.

“Contrary to popular belief on social media,” said Leffingwell, “our board has really tried to stay in their lane and be board members that support the work of the paid help…the experts that work in the office, if you will, and we would all like those guidelines as soon as possible.”

Leffingwell said the OHSAA will begin applications for the position starting later this week for a three-week period and the board hopes to have a new executive director in place in five or six weeks if possible.

Speaking in his role as superintendent at Noble Local, Leffingwell is hopeful of a positive resolution for both school and athletics as the 2020-21 school year approaches.

“I’m just one person and I don’t represent the Ohio Department of Health,” he said, “but as Noble Local Schools Superintendent, our plan is to bring all of our kids back to school starting August 19th and follow the guidelines set by the governor. We believe we can do the same thing in athletics for our students as well.”

Leffingwell, of course, acknowledged that circumstances vary throughout the state.

“We’re sitting here in Noble County as a Level 1 with the lowest number of cases in the state,” he pointed out. “Those guidelines might look quite different if you’re a Level 3 or 4 or in a ‘hot spot’, and I certainly understand that every district in the state is dealing with a different set of circumstances and communities with different expectations.

“We certainly hope to provide those opportunities for kids in the fall just like we want to have school in the fall” Leffingwell added.