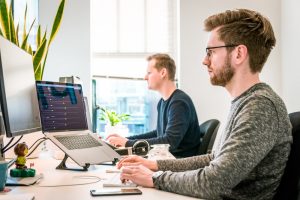 Ohioans filed 33,483 initial claims for unemployment compensation last week, according to the latest data from the Department of Job and Family Services.

The total represented a drop from the previous week, when 35,623 applications were received.

ODJFS reported continuing jobless claims fell for the 10th straight week, with Ohioans filing 347,587 fewer than at the state’s peak in April.

The department said it has sent $4.9 billion in unemployment compensation payments to more than 736,000 Ohioans over the last 16 weeks. About 6% of the jobless claims filed with the state over that time remain unprocessed.

The U.S. Department of Labor reported about 1.31 million initial claims for unemployment compensation were filed nationwide last week, down from a revised total of about 1.41 million the previous week.