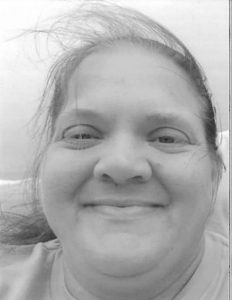 Christy Lynn Tennant, 37, of Belpre, formally of Macksburg, passed away June 26 at her home surrounded by family and friends following a long illness.

Christy was born on February 14, 1983, to Terry Tennant and the late Becky Morganstern Tennant.

Christy had a giant good heart that she shared with everyone!

Christy recently fell in love with the ocean. Her dad, Chrystal VanDine, Bobby Cantwell and Shawn Mulligan (her caregiver) took her to see the ocean several times in the last few months. She was very happy there and really enjoyed the trips!

Christy was preceded in death by her mother, Becky Morganstern Tennant; her grandparents Don and Lena Morganstern; Mary Lou Johnson; Violet Huffman; and one half sister, Jennifer Tennant. As per Christy’s request, cremation was done. There will be a private burial at a later date.