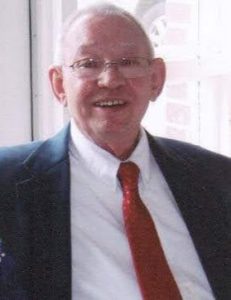 Charles Franklin Spence Jr. known as Junior by family members was born in Carlisle, Ohio to Frank and Ida Spence on March 18, 1937.  He graduated from Summerfield high school, class of 1954.  He married Loretta Faye Henthorne in 1958.  He served in the United States Navy for over 20 years aboard submarines and worked at the Charleston Naval Shipyard until retiring in 1995.