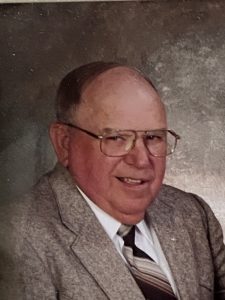 Don E. Ziler, 82, of Cumberland passed away peacefully at his home on September 11, 2020, surrounded by his loving family.

Don was born in ­­­­Marietta, Ohio on October 10, 1937.  He is the son of the late E. E. “Jim” and Freda (Blackburn) Ziler.  He was a 1955 graduate of Belle Valley High School, he worked as a drag line operator for Central Ohio Coal Company for 40 years, where he helped operate the Big Muskie.  He previously attended the Cumberland United Methodist Church and the Ark Springs Baptist Church.  He was avid outdoors man who enjoyed working on his farm, especially with his horses.  He raised Percheron Draft Horses and loved taking them to area parades.  He was a 50 year member of the Ohio Farm Bureau, a 61 year member of the UMWA, a 50+ year Mason and a member of Sharon Lodge F&AM # 136, a 33rd Degree Mason, a member of the Scottish Rite in Cambridge and a member of the Cambridge Shrine Club.  He served his country in the U.S. National Guard.

Masonic services will be held at 2 p.m. on Sunday.

Visitations will be 12 to 2 p.m. on Sunday, September 13, 2020 at the Farus Funeral Home of Cumberland, where funeral services will be held at 2 p.m. with Pastor Keith Taylor officiating.  He will be laid to rest beside his wife and son in the Cumberland Cemetery.