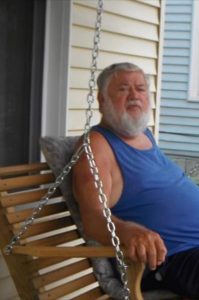 Randall Lewis Carpenter, 79, of Zanesville passed away on Thursday August 27, 2020 at Genesis Hospital.  He was born on September 12, 1940 in Summerfield, Ohio to the late Jacob and Alta Carpenter.

Randall was formerly employed by the American Match Company. He also enjoyed coaching softball and was a legendary Demolition Derby Driver.

He is survived by his children: Mike (Karen) Carpenter and Ronda L. Carpenter Osborne; a grandson Chase D. Osborne; and a sister Nova Stephen.

In addition to his parents he was preceded in death by his wife Martha Lee Schindler Carpenter who passed away on November 30, 2019; a son in law Herb Osborne; four brothers: Billie, Marvin, Norman, and Helmer “Edmund”; and a sister Alberta Gallagher.

To send a note of condolence to the family visit www.snoufferfuneralhome.com, find us on facebook, or call our Locally Owned caring staff at 740-450-8000.