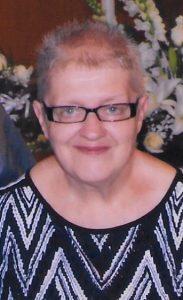 Rebecca J. “Becky” Stoffer, age 71, of Caldwell, Ohio, died Wednesday, October 14, 2020, at Summit Acres Nursing Home in Caldwell. She was born May 1, 1949, in Caldwell, daughter of the late Clyde W. Parks and Mary E. Camden Parks. Becky was a 1967 graduate of Caldwell High School. She was employed as a hostess at Steve’s Cafeteria in Caldwell for several years, and she was a member of the Caldwell United Methodist Church. She enjoyed listening to her radio, playing canasta, and she was an avid fan of Ohio State Buckeye football. She loved weekend outings at her son’s home.
In addition to her parents, she is preceded in death by her brother, Edward Parks; her sister, Kitty King; and her brother-in-law, George King.
Surviving are her son, Phillip J. “P.J.” (Annette) Thomas of Caldwell; her sisters, Sally (Larry) Neff and Patsy Lawrence, all of Caldwell; her sister-in-law, Shirley (Jack) Hayes of Caldwell; several nieces, nephews, and cousins; and her wonderful caregivers at Summit Acres Nursing Home.
A private funeral service will be observed by the family and burial will follow at Village View Cemetery in Sarahsville. McVay-Perkins Funeral Home, 416 East Street, Caldwell is caring for the family. An online guestbook may be signed at www.mcvay-perkins.com
Posted in News, Obituaries 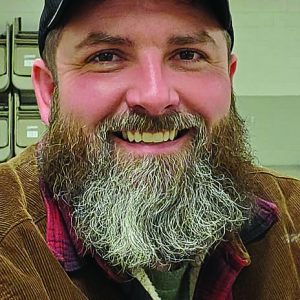