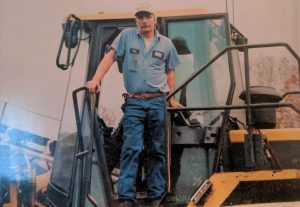 Kenneth W. “Kenny” Lee, age 62, of Sarahsville, Ohio, died Friday, October 30, 2020, at Marietta Memorial Hospital. He was born May 23, 1958, in Gallipolis, son of the late William Daniel and Shirley Ann Riley Lee. Kenny was a 1977 graduate of Caldwell High School. He retired from B&N Coal Company, where he operated a loader, and he was also employed over the years by North American Coal Company and Oxford Mining Company. He was a member of the United Mine Workers of America and the Caldwell Moose Lodge, #221. Kenny enjoyed hunting and fishing, watching NASCAR, especially Tony Stewart, and NFL football, of which he was a New York Jets fan. He loved spending time with his family, especially with his beloved grandchildren.

In addition to his parents, he is preceded in death by his brother, Michael William Lee.

Friends may call Wednesday, November 4, 2020, from 11 a.m – 1 p.m. at McVay-Perkins Funeral Home, 416 East Street, Caldwell, where a memorial service will follow visitation at 1 p.m. with Pastor Larry Copley officiating. Inurnment will follow at East Union Cemetery. Guests are asked to wear masks and practice social distancing at all gatherings. Memorial contributions may be made to McVay-Perkins Funeral Home to assist with final expenses by visiting Kenny’s memorial page at www.mcvay-perkins.com, where an online guestbook may also be signed.