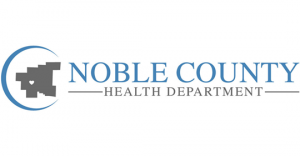 Noble County Health Commissioner Shawn Ray announced today in a press release that Noble County, which stood for months as the the county in Ohio with the lowest incidence of infection, has recorded its first two deaths attributed to the virus.

“It is with much sorrow that we must share with you that Noble County has experienced its first two confirmed deaths from COVID-19,” the release said. “Both individuals recently passed away on the same date and within hours of each other. The first passing occurred at our local nursing home.

The second passing occurred at the OSU Wexner Medical Center and was an inmate incarcerated in the state prison facility here.”

The release went on to say the deaths were a landmark in the county’s experience with the virus that it was hoped would never be reached.

“Our thoughts and prayers go out for the deceased and their grieving families. Our thoughts and prayers also go out to the staff, administration and the residents of these facilities. They have sacrificed and worked tirelessly to keep this disease out and are continuing their efforts to bring it under control within their institutions.”

As of earlier today, there have been 245 confirmed cases of COVID-19 in Noble County, up six cases from yesterday.