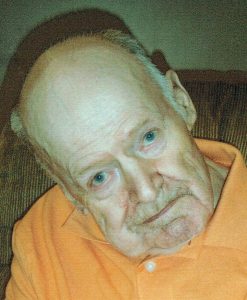 He was born at Caldwell, Ohio on November 30, 1937 a son of the late Grant and Ruth Oliver Warner.

He was a former drag line operator and retired heavy equipment operator. He honorably served his country in the U.S. Army and was also a member of the Sharon Lodge #136 F.& A.M.

He enjoyed fishing, traveling and detailing his own cars.

In addition to his parents, he was preceded in death by five brothers, James “Peanut” Warner, Donald “Duck” Warner, George “Frosty” Warner, Walter Warner and David Warner, and a sister, Alice Warner.

There will be no visitation. Graveside services will be held at 2:00 p.m. Saturday, November 14, 2020 at the Eastern Cemetery, Summerfield, Ohio with Jeff Leonard officiating where social distancing will be observed and face coverings are encouraged. The Noble County Veteran Service Organization will also be conducting graveside services.