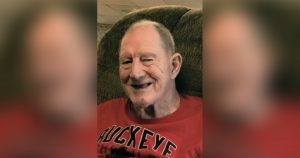 Ray Kirkbride age 79, of Caldwell, Ohio passed away Friday, November 13, 2020 at the Altercare Summit Acres Skilled Nursing & Rehab in Caldwell. He was born July 7, 1941 in Noble County, Ohio a son of the late James and Frances White Kirkbride.

Ray was a truck driver for many years driving for several different companies prior to his retirement. He enjoyed bowling, fishing, playing darts, cooking, and especially watching his OSU Buckeyes.

In addition to his parents, he is preceded in death by a son Raymond Allen “Hoss” Kirkbride Sr. and a sister Sandra Ball.

Cremation will be observed and a memorial service will be held at a later date. Chandler Funeral Home & Cremation Service, Caldwell, OH 43724 has been entrusted to care for the family. Contributions may be directed in Ray’s honor to the Absolute Hospice Foundation, 39 Summit Court, Caldwell, OH 43724. Please join us in remembering Ray by visiting his memorial at www.ChandlerFuneralHome.net