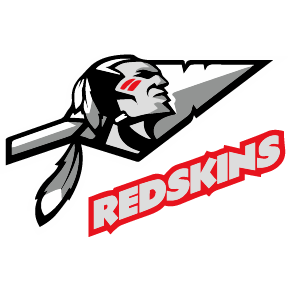 Last week’s team photo was cancelled. We will run a photo as soon as one is taken.

“We are looking to take that next step and compete for OVAC and Sectional championships.”

Those are the optimistic word of Caldwell High head girls’ basketball coach Eli Svercek who is anxious for the season to get under way.

“We had our first winning season in 10 years last season (12-9),” he continued, “ and this year we are looking to not only be a winning team, but more of a threat in the East District.

“We are bringing back an experienced group,” Svercek added. “This group has won big games before like Shenandoah, Madonna, and Rosecrans and competed against every team we played last season. The expectation is to compete every time we step on the floor, especially with a veteran led group.”

“Cayton will be our leader, as she had been since I have been coaching.” Svercek stated. “She put in a lot of personal work this summer and wants to lead her teammates on the court. There are few players in our area as special of a player as she is and we are very excited to have her for another year to see where she can take us. She will likely score her 1,000th point at some point early in the year and will become the school’s all-time leader in steals.”

Sophomores Sophie Schockling (5-5 guard) and Gabby Guiler (5-9 forward) round out the varsity squad.

“We need two more girls who will be able to put up 10-12 points per game and we have a lot of confidence that it could be Jules, Sheridan, Klaudia or Madi on any given night,” said the Lady Redskins’ coach. “We will likely go eight deep if we can stay healthy and will look to Allison, Sophie and Gabby to compete, play good defense and take advantage of minutes and opportunities.”

The Lady Redskins lost two players to graduation. Mattie Clark was named to the third team All-Eastern District and District 12 second team. She averaged 7.1 points and five rebounds per game. Leslie Pfeffer started in 25 career games, with her career shortened by injuries

“We will miss their leadership on and off the court,” said Svercek. “They are great kids who I loved to coach.”

Look for the Lady ‘Skins to to play an up-tempo game this season.

“With our pressure defense, press, and 1-3-1 and transition offense, we fully expect to get out and run the floor this season.” he stated.  “We will utilize half court motions and set plays to get looks but we really want to push the ball and get looks in transition either off attacks or attack and kicks to shooters. Our main priority will be limiting turnovers and utilizing all offensive possessions to get good looks and scoring opportunities.

“Croucher will lead the JV team this season.” Coach Svercek stated. “The team will feature a mix of sophomores and six freshmen. It is a good mix of girls with competing skill sets. We are excited to be able to play full, four quarter JV games this season so long as everyone stays healthy.”

The Caldwell schedule has many familiar opponents including Shenandoah, Fort Frye, and Monroe Central. Federal Hocking is the new addition to the schedule.

The Lady Redskins are scheduled to open their season on Monday, November 30th when they host the Newcomerstown Trojans. The JV game is scheduled to tip-off at 6 pm.