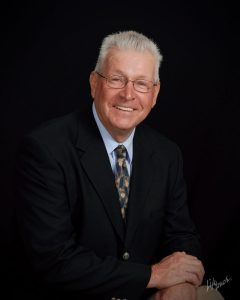 Jim is survived by his wife of 54 years Bonnie Crum Arnold, his son Jeff Arnold, his daughter Jennifer Arnold and his two grandsons, Jamison Molody and Jackson Molody.

Jim was employed for 38 years as a phone technician for GTE, Frontier, and Verizon. Jim enjoyed people and serving his community.  He was known for his boisterous laugh and his inability to say no to those in need.  He served for many years on the Caldwell Volunteer Fire Department, the Noble County Agricultural Society serving as president and speed superintendent, terms on the Caldwell Village Council and Board of Public Affairs, the Noble County Republican Central Committee and was a lifelong member of the Knights of Columbus.  He was a member of St. Mary of the Immaculate Conception Church, Fulda where he was baptized in 1942.

A Mass of Christian Burial will be celebrated at St. Mary’s of the Immaculate Conception Church, Fulda, Ohio on Saturday, November 21, 2020,  at 1 p.m. with Fr. Wayne Morris officiating. Burial will follow at Olive Cemetery, Caldwell. Visitation will be from 4 p.m. to 8 p.m. on  Friday, November 20 at Chandler Funeral Home, 609 West St., Caldwell, Ohio with a K of C Rosary service at 7:30 p.m. Friends may also visit one hour before the service at the church.