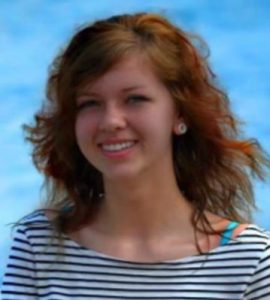 Marissa Lora Robertson, 22, of Parma, Ohio passed away Friday November 27, 2020 at her home. She was born in Marietta, Ohio December 4, 1997 a daughter of Kevin (Patricia) Robertson of Wellington, Ohio and Cindy (Garry) Schell Robertson of Huron, Ohio.

Marissa had a love for animals and had two special dogs Nikita and Sasha.

Preceded in death by her paternal grandfather Kirk Robertson, and aunt Lora Schell.

Friends received from 2 p.m. until time of funeral service at 4 p.m. Thursday December 3, 2020 at the Bauer-Turner Funeral Home, 100 S. Paul St. Woodsfield, Ohio with Rev. David Cottrell officiating.  Burial will be held at the convenience of the family.