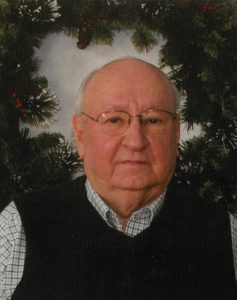 Harold W. Arnold 84, of North Canton passed away on Wednesday, December 9, 2020 at Altman Hospital, Canton.  He was born January 2, 1936 in Noble County to Beda and Marie Coleman Arnold.

Harold was a member of Our Lady of Peace Catholic Church, Canton.  He served in the Ohio National Guard and was a member of the Football Hall of Fame Luncheon Club. He enjoyed all sports especially his grandchildren’s sporting events and was an avid Ohio State Buckeyes fan. Harold enjoyed spending time with family and friends and always had a great story to tell. He enjoyed returning to Noble County to attend the Fulda Labor Day Picnic.