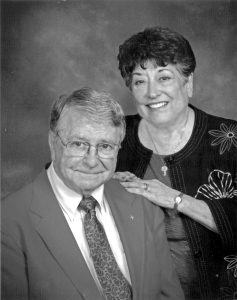 Donald William Pilcher, age 89, loving husband, father, grandfather, great grandfather, and friend to many, passed away peacefully on January 24 in his home. He was born June 29, 1931 in Caldwell, Ohio, son to the late Mack G. and Ople E. Pilcher. Don served in the army during the Korean War. He was a member and past Worshipful Master of William H. Hoover #770 Lodge and a member of Legacy Chapter #580 where he served as Worthy Patron many times. Don retired from Ohio Power after 30 years of service. He most enjoyed spending time with his grandchildren and great grandchildren; who always brought a smile to his face. He also enjoyed walking, crossword puzzles, and feeding his birds from his many feeders.

In addition to his parents, he was preceded in death by his beloved wife of 66 years, Jean, whom he lost in 2019; his son, Bill; and brothers, Carl, Woody, and Larry.

The family would like to thank Caring Senior Services and Aultman Hospice for the care provided to Donald.

Due to the current pandemic services will be private for the family and officiated by Pastor Bryan George. Donald will be laid to rest with his wife at North Canton Cemetery.

For those wishing to send condolences please visit www.reedfuneralhome.com to sign the online guestbook.