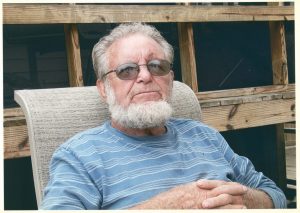 Austin C. Williams age 85, of Caldwell, Ohio formerly of Massillon, Ohio passed away Wednesday, January 27, 2021 at his home. He was born January 25, 1936 in Slab Fork, WV a son of the late James E. and Pearl Hamilton Williams.

He served and protected his nation in the US Army. He enjoyed fishing and could often be found working in his garden. He retired from Republic Steel in Massillon, following 30 years of service.

In addition to his parents, he is preceded in death by several siblings.

Cremation will be observed with no additional services held at this time. Inurnment will be held at a later date. Chandler Funeral Home & Cremation Service, 609 West Street, Caldwell, OH 43724 has been entrusted to care for the family. Please join us in remembering Austin by visiting his memorial at www.ChandleFuneralHome.net