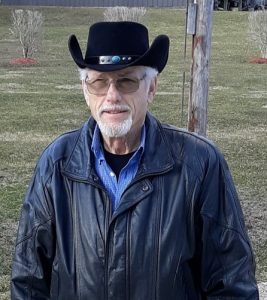 Cecil was born April 11, 1945 in Noble County, Ohio, a son of the late Harrison and Dorothy Mae Powell Warner.

After graduating from Belle Valley High School in 1963, Cecil served in the United State Navy.

After his discharge from the Navy, Cecil and Arlene moved to Cadiz to raise their family.

Cecil drove semi-trucks his entire life, working the past 40 years as the owner/operator of Warner Trucking. His fellow truckers knew him as “Cowboy.”

Cecil was a member of the Harrison County Lil Hustlers. He enjoyed pulling his tractors and all the friendships made along the way.

Above everything in life, Cecil was most proud of his family. He was supportive and loved hearing of their accomplishments.

He was preceded in death in addition to his parents, by his brothers: Harry (Irene) and Roger (Betty) Warner; and his brother-in-law, Jim Morris.

Calling hours were held on Sunday, February 14 from Noon until 3 p.m. A private service will be held at the families convenience at Clark-Kirkland-Barr Funeral Home, Cadiz, Ohio. Interment took place at Longview Cemetery, New Athens, Ohio. Facial coverings and social distancing were required.

The memorial guestbook may be signed at www.clark-kirkland.barr.com.