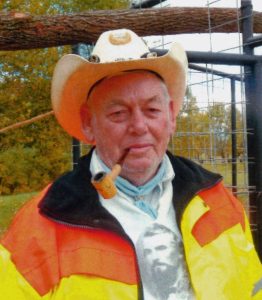 Jerry Dwaine Bever age 78, of Caldwell, Ohio passed away suddenly at his home Saturday February 20, 2021. He was born April 15, 1942 in Ripley, West Virginia, a son of the late Ray Bever and Eva Bever Augenstein.

He Served and protected his nation in the U.S. Army. He was employed previously by Interlake Steel in Beverly, Ohio and went on to retire from the National Gas and Oil Corporation. He had been a fireman on the Caldwell Volunteer Fire Department, where he also served as Fire Chief. He was a Boy Scout Leader and served on the Board of Trustees for the Caldwell Public Library.  He was intrigued and studied the Civil War for many years. He will be remembered by many as always having a cowboy hat on, a pipe in his mouth, and a cup of coffee in his hand.

Cremation will be observed, with no additional services held at this time. A celebration to honor Jerry’s Life will be announced and held at a later date. Inurnment will be held in Village View Cemetery in Sarahsville, Ohio. Chandler Funeral Home & Cremation Service, Caldwell, OH 43724 has been entrusted to care for the family. Memorial contributions may be directed in Jerry’s Honor to the Caldwell Volunteer Fire Department, PO Box 24, Caldwell, OH, OH 43724. Please join us in remembering Jerry by visiting his memorial at www.ChandlerFuneralHome.net