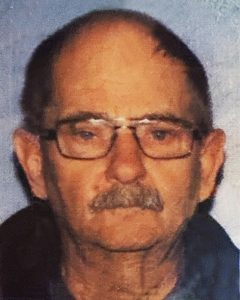 William “Bill” R. Wilson age 71 of Caldwell, Ohio passed away Monday February 15, 2021 at the Marietta Memorial Hospital in Marietta, Ohio. He was born March 8, 1949 in Marietta, Ohio a son of Caroline Theiss Davis of Caldwell and the late Byron Wilson.

Bill was a member of the St. Stephen Catholic Church and the Knights of Columbus Council #2565 both of Caldwell. He served and protected his Nation in the United States Army in the Vietnam War, having served two tours of duty. He was a member of the American Legion. He was a truck driver for many years until he went to work at the Eramet Plant in Marietta, from which he later retired.

Bill enjoyed spending the last several years farming. However, his true enjoyment came from spending time with his grandchildren and attending all of their sporting events.

Cremation will be observed, with no additional services held at this time. A Celebration of Bill’s Life will be held at a later date. Chandler Funeral Home & Cremation Service, 609 West Street, Caldwell, OH 43724 has been entrusted to care for the family. Please join us in remembering Bill by visiting his memorial at www.ChandlerFuneralHome.net