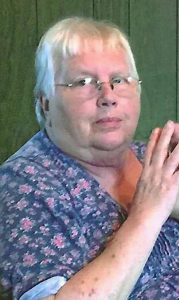 Alvaretta M. Jones, age 86, of Beverly, Ohio, died Sunday, February 28, 2021, at Altercare Summit Acres. She was born November 3, 1934, in Caldwell, daughter of the late Lewis V. and Gladys Winona McFarland Poling. She was a graduate of Dexter City High School and was a homemaker. She was a member of the former Dexter City United Methodist Church. She enjoyed baking and was well known for her homemade pies, especially peach pies. She was devoted to her grandchildren and her church.

In addition to her parents, she is preceded in death by her husband, William Elwood Jones, whom she married May 10, 1973, and who died April 23, 2003; and one brother, William L. Poling.

Surviving are her children, Judy (Denny) Wood of Huntington, West Virginia, William D. Poling of Beverly, Sue (Mark) Groves of Pleasant City, Pam Carrel of Lowell, William E. (Amanda) Jones, Jr. of Summerfield, and Ed (Kristal) Jones of Caldwell; two first cousins with whom she was raised as her brother and sister, Leonard (Ann) Poling of Uniontown and Viola Gould of Coshocton; 16 grandchildren; and 41 great-grandchildren.

A private graveside service will be observed by the family at Barry’s Ridge Cemetery with Pastor David Rinkes officiating. In lieu of flowers, memorial contributions may be made to the Mary Reed Memorial United Methodist Church, c/o Jim Warren, 38083 Marietta Road, Dexter City, Ohio, 45727. McVay-Perkins Funeral Home, 416 East Street, Caldwell, Ohio, is caring for the family. Friends may share memories, pictures, and messages of support at www.mcvay-perkins.com