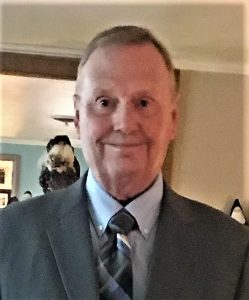 Judge Lucien “Edsel” Young III age 64, of Caldwell, Ohio passed away Thursday, February 25, 2021 at the Genesis Hospital in Zanesville, Ohio. He was born September 14, 1956 in Cambridge, Ohio, a son of the late Lucien Young Jr. and Marilyn Thompson Reed.

He was a graduate of the Caldwell High School, Marietta College, and earned his Law Degree from the Ohio Northern University. He served as the Noble County Prosecutor and was currently the County Court Judge for Noble County where he had served his community for over 20 years. He was a member of the Olive Lodge #210 F. & A.M. where he was a Past Master. He enjoyed working with his stained glass and golfing. He could often be found making pizza, and his famous noodles.

In addition to his parents, he is preceded in death by his son-in-law Michael Shane Hall

A private cremation service will be observed by the family. Inurnment will be held at a later date in the Olive Cemetery in Caldwell, Ohio. Chandler Funeral Home & Cremation Service, 609 West Street, Caldwell, OH 43724 has been entrusted to care for the family. Please join us in remembering Edsel by visiting his memorial at www.ChandlerFuneralHome.net