The results weren’t what they hoped, but wrestlers represented Noble County well at the OHSAA Division III State Wrestling Tournament at Marion Harding High School over the weekend. 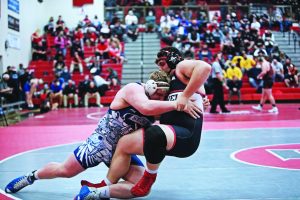 Caldwell High’s TJ Wehr and the Shenandoah trio of Tristen Rossiter, Alex Overly and Drake Kanyuch reached the state tournament, but each was eliminated on Day 1 with only Wehr recording a match victory.

Redskins’ senior Wehr lost a 4-1 decision to Ryan Elrod of Ashtabula St. John in his opening match in the 285-pound weight class, but bounced back to defeat Jake Thiel of Mechanicsburg, 4-1, in a first round consolation bout. He then was eliminated in a heartbreaking 1-0 decision by Billy Reed-Body of Milford Center Fairbanks in a second round consolation match.

Wehr, who was first at the sectional and second at the district, finished with a 35-6 record.

Freshman Tristen Rossiter was pinned by Trevor Wilcox of Otsego in his 106-pound opening round match and then dropped a 6-0 decision to Lane Bergaman of Versailles in the first round consolations to bow out. 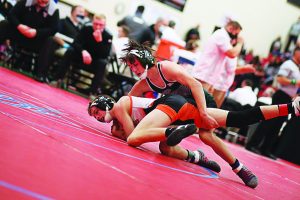 Rossiter, who was second at the sectional and third at the district, finished the season with a 31-8 record.

Senior Alex Overly – who qualified for the state tournament three times in four years – sustained a 20-4 technical fall at the hands of Patrick Reineke of Hawken in the first round at 113 pounds and the lost a 4-0 decision to Michael Judge of Oak Harbor in the consolation round.

Overly, who was second at the sectional and fourth at the district, capped his final season with a 33-10 mark. 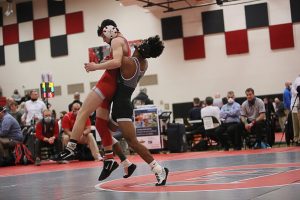 Sophomore Drake Kanyuch – who also qualified for the state event last year – lost via major decision to Hunter Long of Wayne Trace, 15-1, in his first match and then fell to Jonathan Karasek of Mogadore, 7-0, to end his quest. 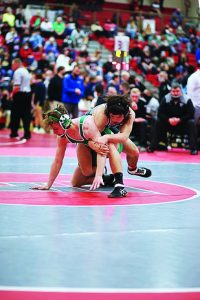 Kanyuch, who took second at the sectional and third at the district, closed the 2020-21 campaign with a 37-7 record.