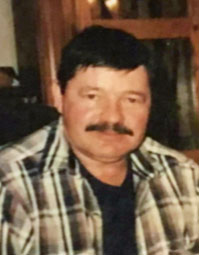 David M. Cline, 65 of Summerfield, Ohio passed away Sunday March 14, 2021 at his home.  He was born in his grandmother’s house in Mechanicsburg, Ohio on June 2, 1955 to the late Kenny Cline and Wilma Jean Brown Cline.

Before he met his wife, David proudly served in the United States Navy, and during his life he frequently reflected on his travels during his service. He retired from Detroit Diesel after 31 years of service. In 1978 he married his wife, Vivian Crock Cline, and later the same year they had a daughter, Amy.

David was dedicated to his family and spent his life working to ensure the best possible life for them. In his free time, he enjoyed hunting, fishing, working on home improvements and spending time with his family. He was a Methodist by faith.

In addition to his father, he was preceded in death by two brothers, Michael and Donnie Cline.

Keeping with David’s wishes there will be a private funeral service with Pastor Jim Porter officiating and burial will follow in Antioch Cemetery Antioch, Ohio. Arrangements by Bauer-Turner Funeral Home Woodsfield, Ohio.