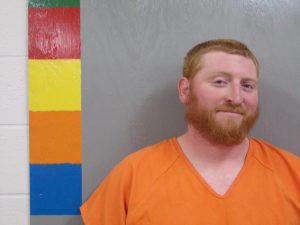 Tyler Thompson, 28, of Caldwell, has been charged with murder in the shooting death of his fiancé, Leah Brooke Hines, 27, also of Caldwell, according to the Noble County Sheriff’s Office. The alleged crime reportedly took place on March 21 at the victim’s residence on Outpost Road in Caldwell.

Thompson appeared on Monday morning, March 22 in an initial appearance hearing. Noble County Prosecutor Jordan Croucher requested the court to set a bond hearing seeking to hold Thompson without bond. Croucher further requested that Thompson be detained until the hearing. The court granted the request and subsequently set the date of Thompson’s preliminary hearing for 1 p.m. on March 29. A bond hearing will be held.