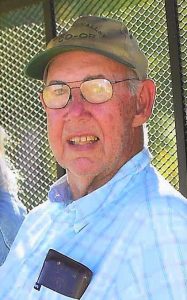 Marvin L. Johnson, age 83, of Mt. Ephraim, Ohio, died Thursday, March 25, 2021, at Altercare Summit Acres. He was born April 29, 1937, in Summerfield, son of the late Israel Cranfiel “I.C.” and Clarice Johnson. Marvin was a 1955 graduate of Summerfield High School. For over 60 years, he owned and operated a family farm in Mt. Ephraim. He served as the Noble County Treasurer in the 1960s and 70s, and he retired as a timekeeper from the Ohio Department of Transportation. He was a member of the Mt. Ephraim United Methodist Church. Marvin was a devoted member of the Republican party and he was an avid Pittsburgh Steelers fan. Farming was Marvin’s life. He was a hard working and good man who was devoted to his family.

In addition to his parents, he is preceded in death by his wife, Katheryn Louise Shackle Johnson, whom he married December 5, 1959, and who died October 20, 2015; and one great-granddaughter, Norah Johnson.

A private graveside service will be observed by the family at Eastern Cemetery in Summerfield with Pastor Jim Porter officiating. Memorial contributions may be made to the Noble County Cattlemen’s Association, c/o Rick Van Fleet, 21989 Woodsfield Rd., Sarahsville, Ohio 43779. McVay-Perkins Funeral Home, 416 East Street, Caldwell, is caring for the family. An online guestbook may be signed at www.mcvay-perkins.com