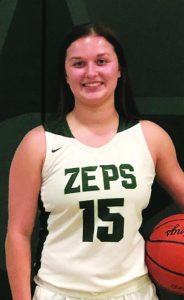 Last year, Secrest gained a second team spot on the all-state squad while Wheeler received honorable mention, but this time it was Wheeler who was selected to the second team while Secrest landed a third team spot.

“She’s a hard worker who puts in so many hours that no one sees, and she truly deserves every accolade whether athletically or academically,” said Shenandoah coach Sami Schott. “She’s a team-oriented player and that’s what sets her apart from many others. She can score when we need her to, but she has great court vision and plays bigger than she us.

“We’ll miss her tremendously, but she’s done a great job preparing our younger kids for the next few years.”

The 5-6 Secrest led Caldwell to the OHSAA Division IV District finals, scoring 16.1 points per game along with 6.1 rebounds, 4.7 assists and 4.2 steals. 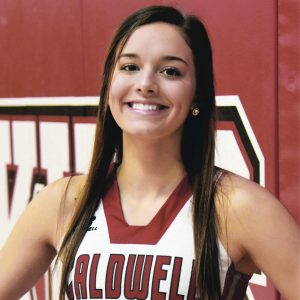 “It has been a great honor to coach Cayton,” said Caldwell coach Eli Svercek after her final game. “Caldwell girls’ basketball has meant everything to her and her family for the last 20 years.

“She is one of the greatest we have ever had,” added Svercek. “What she does on the floor for her team cannot be replaced. I hate to see her go and I am glad I got to be her head coach.”

Wheeler and Secrest will get a chance to team up on the East girls’ team in the Pepsi/District 12 All-Star Basketball Classic at Buckeye Trail High School on Friday, April 9.

The East District fared well on the All-Ohio teams, with the following players earning first/second/third team recognition in addition to Wheeler and Secrest: