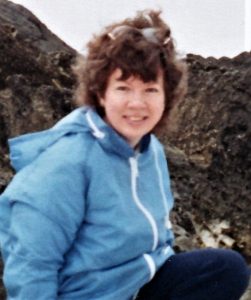 Sondra Lee (Johnson) Brandon entered her Heavenly home on Sunday, March 28, 2021. She was born in London, Kentucky to the late Alfred and Pauline (Mize) Johnson on November 15, 1947. Shortly afterward they moved to Cincinnati, Ohio as her dad started working at Ford Motors. During her early years she spent time with her grandparents in London due to her mother’s illness. Sondra graduated from Western Hills High School in Cincinnati.

Sondra’s three best friends encouraged her to start going to church with them and she was baptized at the Price Avenue Church in Cincinnati. It was while attending there she met Doug Brandon, a freshman at the Cincinnati Bible Seminary. They started dating, fell in love, and married while Doug was preaching at the Fairview Christian Church in Williamstown, Kentucky.

Sondra was a homemaker and foster parent to several babies and toddlers before going to work in retail. When Douglas was hired by a contract management firm, she adjusted to having to move several times throughout his career. She never complained, but did say she didn’t want to move far from the grandkids! Her life was filled with doing the things she enjoyed such as gardening, crafting, and working with children, especially helping with youth groups and Vacation Bible School crafts.

Sondra is survived by her husband Douglas, whom she married November 11, 1967, daughter Denise Brandon, three grandchildren, Brandon, Zachary, and Danielle Edmister, brother-in-law Rich Brandon, Sisters-in-law Sharen (Kerry) Rice, Karen (John) Mechtly, Stepmother Cindy Johnson, and her favorite Uncle Ray (Linda) Mize.  She will be greatly missed by all who came to know and love her.

The family will receive friends for visitation Thursday, April 1, 2021 from 10 a.m. to 12 noon at the Milford Church of Christ, 2648 Johnstown Road, Centerburg, Ohio, 43011. A funeral service will conclude visitation at 12 noon at the Church, with her husband Douglas officiating. Graveside services will be held Friday, April 2, 2021 at 1 p.m. at the Olive Cemetery in Caldwell, Ohio. Memorial contributions may be directed in Sondra’s honor to the Alzheimer’s Association, 225 N. Michigan Ave., Fl 17, Chicago, IL 60601. Please join us in remembering Sondra by visiting her memorial at www.ChandlerFuneralHome.net.