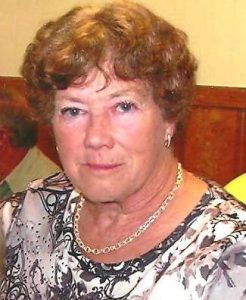 She was born in Antigo, Wisconsin on December 22, 1937 a daughter of the late Glenn and Virginia Brown Wilson.

She was a homemaker and a former owner of the Carpenter’s Mercantile, Summerfield, Ohio.

In addition to her parents, she was preceded in death by her husband, Norman B. Carpenter on March 23, 2013, two brothers, Delou Wilson and Ray Wilson, and a sister, Audry Royce.