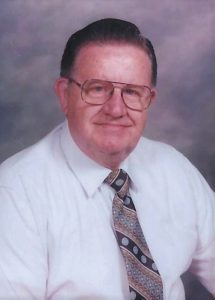 Donald L. “Sonny” Kirkbride, age 84, of Marietta, Ohio, died Sunday, April 25, 2021, at his home. He was born April 27, 1936, in Noble County, son of the late Leo Prince Kirkbride and Geneva Alberta Bichard Kirkbride Henry. Sonny was a 1954 graduate of Sarahsville High School, and he was a United States Army veteran who served in the Vietnam War. He retired from Cardex Systems in Marietta following 35 years of service and he was a member of the Sixth and Washington Streets Church of Christ in Marietta. Sonny enjoyed golfing and fishing, and he loved to watch Let’s Make a Deal, The Price is Right, and Gomer Pyle, USMC.

In addition to his parents, he is preceded in death by his wife, Marilyn K. “Sis” Hague Kirkbride, whom he married June 3, 1961, and who died November 27, 2020; an infant son, Michael Kirkbride; his step-father, Walter Henry; and his half-sister, Wava Tucker.

A private service will be observed by the family with Evangelist Roger Rush officiating. A veteran’s service will be conducted by the Noble County Veteran Service Organizations, and burial will follow at Olive Cemetery in Caldwell. Memorial contributions may be made to the Boys and Girls Clubs of America at www.bgcl.org . An online guestbook may be signed at www.mcvay-perkins.com