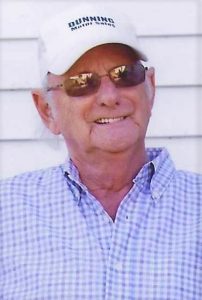 James R. “Rick” Rowlands, age 77, of Ava, Ohio, died Sunday, April 25, 2021, at Marietta Memorial Hospital. He was born May 11, 1943, in Canton, son of the late Louis Clair and Thelma L. Wilson Rowlands. He was employed as a truck driver by Bill Heppner Trucking; as a truck driver and supervisor for Clair Hughes Trucking; and he delivered cars for Classic Ford and Dunning Motors. Rick attended the Ava United Methodist Church. He enjoyed cleaning vehicles, working on his truck, and vacationing in Gatlinburg, Tennessee.

A private service will be observed by the family; however, it will be livestreamed Friday, April 30, 2021, at 1 p.m. on the McVay-Perkins Funeral Home Facebook page. Following the funeral service, a public graveside service will take place at Halley’s Ridge Cemetery at 2 p.m. Memorial contributions may be made to the Ava United Methodist Church, P.O. Box 18, Ava, Ohio 43711, or the Belle Valley Volunteer Fire Department, P.O. Box 16, Belle Valley, Ohio, 43717. An online guestbook may be signed at www.mcvay-perkins.com