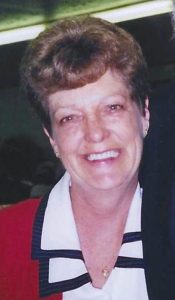 Barbara L. Border, age 74, of Cumberland, Ohio, died Monday, May 31, 2021, at her home. She was born July 12, 1946, in Caldwell, daughter of the late John Gray and Leona Mae Tinney Hutchins. She was a 1964 graduate of Caldwell High School. Barbara worked for McDonalds of Caldwell for several years, and she owned and operated P’s and Q’s, making quilts and pillows, and she made upholstery for exclusive houseboats. She attended the Caldwell Church of the Nazarene. Barbara enjoyed gardening, fishing, and spending time outside. She was devoted to her family.

In addition to her parents, she was preceded in death by one daughter, Theresa L. Border.

Surviving are her children, John K. (Sharon) Border of Keithtown, James D. (Lauri) Border of Cumberland, and Jeffrey S. (Marsha) Border of Caldwell; her siblings, Frances Kennison and Beverly Knight, both of Somerset, Kentucky; nine grandchildren; three great-grandchildren with one to be born; and several nieces, nephews, and cousins.

A private service will be observed by the family and inurnment will be in Dudley Cemetery at a later time. McVay-Perkins Funeral Home, 416 East Street, Caldwell, is caring for the family. An online guestbook may be signed at www.mcvay-perkins.com.