The smoke has risen from the chimney and the Charter Class for the Shenandoah High School Athletic Hall of Fame has been selected.

With a history dating back to the fall of 1963, there are many worthy candidates for the “hall”, but the charter class takes on added significance and it’s a well-deserving quartet.

Those four will be inducted on Friday, Sept. 3, with an event for family and friends planned in the afternoon and the class to be recognized at the Zeps’ home football game against Southern Local. 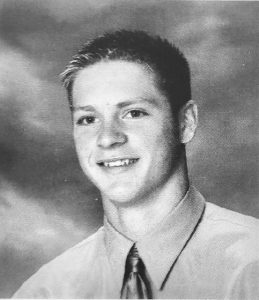 In the history of Shenandoah athletics, there’s only one individual who has received first team all-Ohio honors in three sports – Jedidiah Stephen.

A four-year baseball starter for the Zeps, Stephen was one of the finest hitters the Ohio Valley has ever seen. He led the Zeps in hitting as a senior at .541, which still stands as the school’s all-time best, and for his career, Stephen batted a lofty .475. He belted 12 home runs as a senior, which ranked second in Ohio that season.

Stephen made an impact early in his baseball career, leading the Zeps in home runs (6) and average (.474) as a freshman. He was named to the all-Eastern District team three times and earned first-team all-Ohio from the Ohio High School Baseball Coaches Association as a senior. Along with that, he was named all-OVAC and all-PVC multiple times during his career. As a senior, he was named OVAC Class AAA Player of the Year and was chosen for the Mizuno All-Star Team. He was a four-time recipient of the “Golden Bat Award.”

Stephen signed a baseball scholarship with The Ohio State University and made a major impact. A four-year letterman, he started 195 games at third base and shortstop and batted .286 for his career. He had 135 hits,18 home runs, 95 RBI, scored 83 runs and drew 40 walks. He was a second team All-Big Ten selection as a senior and earned Academic All-Big Ten honors multiple times.

He was drafted in the eighth round of the 20006 Major League Baseball Draft by the Baltimore Orioles and played four years in the minor leagues before an injury ended his playing career.

On the basketball court, Stephen helped guide the Zeps to a 50-17 record during his career. He scored 25 points a game as a senior and finished his career with 1,278 points, which stood as the school record until being eclipsed by Christian Duniver during  the 2020-21 season. He scored 549 points during his senior campaign, including a single-game high of 55.

Stephen was also a four-year letterman in football. Stephen had a brilliant senior season at quarterback/defensive back/punter, earning first-team All-Ohio, All-OVAC and All-PVC accolades as well as invitations to both the OHSFCA North-South and OVAC All-Star Games. He finished his prep career with 4,110 yards and 42 touchdowns passing and he ran for 1,992 yards and 32 touchdowns. On the defensive side, he picked off 19 passes and as a punter, he averaged 41 yards per kick..

Leasure was an impact player in three sports – basketball, volleyball and track.

On the basketball court, she established Shenandoah’s school record for points (boys or girls) with 1,691 during her four-year career. She also has the records for single-season (512) and single-game (37) points.

As a senior, Leasure was selected to the first team of The Associated Press and Ohio High School Basketball Coaches Association Division III squads, named “Player of the Year” by the OHSBCA. She was also first team and “Player of the Year” on the All-Eastern District Division III squads along with first team All-OVAC Class 2A and All-PVC. She played in the OHSBCA North-South All-Star Game and the OVAC Samuel A. Mumley All-Star Game and was an Academic All-Ohio honoree.

On the volleyball court, she began her career earning All-Pioneer Valley Conference honors as a sophomore and was again named to that squad as a junior along with first team All-OVAC Class 3A and All-District 12 second team.

As a senior, she ratcheted up the accolades, gaining second team All-Ohio Division III honors along with first team all-District 12, all-OVAC Class 2A and all-PVC, earning “Player of the Year” honors in District 12. Also an Academic All-Ohioan, she played in both the OVAC and District 12 all-star matches.

On the track, Leasure had many successes during her four-year career, including placing in multiple events at every OVAC and PVC Championship Meet. She was the OVAC Class 3A champion in the 300 hurdles as a senior while finishing third in the long jump and fourth in the high jump while in the PVC, she was a two-time champion in the long jump and high jump while also winning titles in the 110 hurdles, 300 hurdles and 400. She was also the Girls’ High Point Award winner twice in the PVC.

A four-year PVC Scholar-Athlete, she also lettered in cross country as a sophomore.

Leasure continued her basketball career at Shawnee State University where she was class valedictorian, a four-year letterwinner and played on two NAIA National Tournament qualifying teams. Her career statistics in 129 games included 832 points, 122 assists, 323-of-821 on field goals and 111-of-325 on three-pointers. She was named to the American Mideast Conference All-Academic Team in 2006-07 and was an NAIA Champion of Character award recipient. 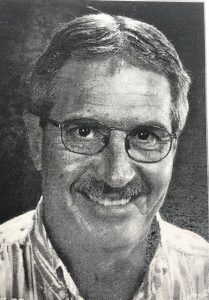 When you combine success and longevity, no one achieved more in the coaching ranks at Shenandoah than Dan Schwieterman – an impressive 459-312 career victory will attest to that.

He spent 34 years as head coach at Shenandoah, posting a 452-297 record with the Zeps after one year at old Madison High (now part of Buckeye Trail). His teams won 11 sectional titles and two district crowns, with the 1997 squad finishing as the OHSAA Regional runner-up.

Schwieterman also led the Zeps to five Pioneer Valley Conference championships and two OVAC titles (1991 and 1997). He was named “Coach of the Year” in the PVC five times while gaining similar honors in the Eastern District four times and the OVAC twice.

After stepping down at SHS, Schwieterman spent a couple of years as an assistant girls coach of the Lady Zeps and then several years as a girls/boys assistant coach at Meadowbrook. 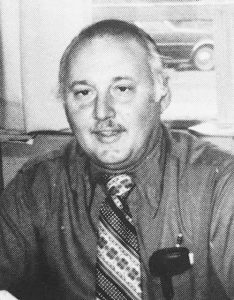 No doubt the first name you think of when talking about Shenandoah athletics is Larry McCullough.

After all, he pretty much got the ball rolling, so to speak, for the Zeps!

McCullough started the SHS football program in 1963 when the consolidation occurred between Sarahsville, Summerfield, Batesville and Belle Valley – all schools that did not field football teams. The initial team played in the parking lot behind the school, with the field affectionately known as “The Dust Bowl”.

In addition to serving several years as a health and physical education teacher, McCullough became the school’s athletic director in 1966 and served in that capacity until the early 1980s. Along the way, he coached JV basketball, track, wrestling and cross country. He was also a supervisor and transportation director from the mid-1970s until the late 1980s.

He also spent many years as a local track official, working OHSAA District and Regional Meets as well as the OVAC Cal Giffin Track Championships.

Prior to coming to Shenandoah, he was a teacher/coach at Waynesfield and Beallsville.

McCullough – a graduate of Cadiz High School – received his Bachelor’s degree from The Ohio State University in 1957 and his Master’s from West Virginia University in 1973.

“Shenandoah High School has had a rich history of athletic successes by so many students and coaches,” said Sholtis. “We are excited to create our Shenandoah Athletic Hall of Fame to recognize some of the most decorated student-athletes, coaches and contributors in our history.”

The committee has compiled a list of potential candidates for future inductions, but nominations from Zep Nation are also welcome. What is needed to support the nominations are the name, year of graduation, athletic accomplishments (letters, all-star accolades, statistics, etc.) of each sport they either played or coached; college athletic information (if applicable) and other athletic achievements outside of SHS (for example, a runner who competed in various marathons or a baseball player who also played American Legion ball, etc.).

While the primary selection will be based on their high school accomplishments, the additional information helps when putting together a complete biography of the candidate’s overall athletic accomplishments. Providing contact information for candidates (mailing address, email address, phone number) would also be helpful.