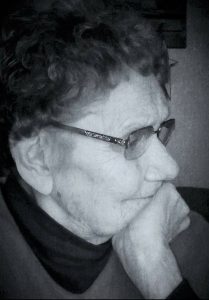 Donna K. Ginn, age 81, of Caldwell, Ohio, died Wednesday, June 9, 2021, at Genesis Hospital in Zanesville. She was born May 2, 1940, in Noble County, daughter of the late Andrew and Jura Burlena Voorhies Lestock. Donna attended Sarahsville High School. She was a beloved mother and homemaker, and she was Lutheran by faith. She enjoyed gardening, traveling, and collecting nutcrackers, and she loved going to her grandchildren’s ball games. She was a devoted mother, grandmother, and great-grandmother.

Surviving are her children, Beulah C. “Boots” (Ray) Henry of Summerfield, Wesley C. “Butch” Ginn of Belle Valley, and Mark E. (Missy) Ginn and Bryan S. Ginn, all of Caldwell; her siblings, Barbara Weber of McConnelsville and Diana Lynn (Denny) Riffle of Uhrichsville; 11 grandchildren; 21 great-grandchildren with one to be born; and several nieces, nephews, and cousins.

Friends may call Sunday, June 13, 2021, from 4-8 p.m. at McVay-Perkins Funeral Home, 416 East Street, Caldwell, where the funeral service will be observed Monday, June 14 at 2 p.m. with Ken Perkins officiating. Burial will follow at Halley’s Ridge Cemetery. An online guestbook may be signed at www.mcvay-perkins.com.