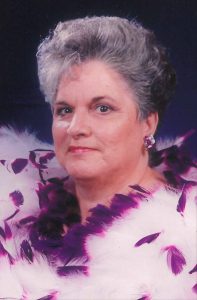 Shirley H. Leasure, age 81, of Senecaville, Ohio, died Friday, June 18, 2021, at her home. She was born September 18, 1939, in Hookstown, Pennsylvania, daughter of the late Edward and Thelma Reynolds Gallagher. She was employed by the former LGAM Sewing in Woodsfield, and she would babysit her grandchildren and great-grandchildren. Shirley loved sewing and quilting. She would make teddy bears for her grandchildren and Christmas tree skirts. She also enjoyed crafting, especially making dolls, and she loved to cook. She was a beloved mother, grandmother, great-grandmother, and great-great-grandmother and sister.

In addition to her parents, she is preceded in death by her husband, Lloyd Leasure, who died February 1, 2004; an infant daughter, Mary Helen Leasure; her sisters, Georgia Mack, Lucy McKee, Shiral Smith, Retha Eddy, Barbara Williams, and Betty Crow; and her brothers, Edward Gallagher and Floyd Gallagher.

Friends may call Monday, June 21, 2021, from 4-8PM at McVay-Perkins Funeral Home, 416 East Street, Caldwell, where the funeral service will be observed Tuesday, June 22nd at 1PM with Rev. Jim Porter and Ken Perkins officiating. Burial will follow at Mt. Tabor Cemetery. An online guestbook may be signed at www.mcvay-perkins.com