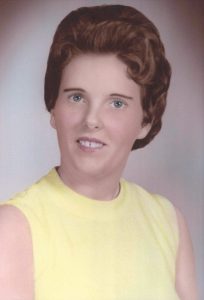 Donna J. Burnside, age 84, of Caldwell, Ohio, died Monday, June 21, 2021, at her home. She was born August 10, 1936, in Akron, daughter of the late Orville and Roberta King. Donna was a beloved mother and homemaker. Early in her life, she worked as a cosmetologist. She enjoyed championship league bowling in Akron and Cambridge, and she enjoyed playing bingo and going to McDonalds for coffee and bingo. She attended the Bates Hill Church of Christ in Sarahsville.

In addition to her parents, she is preceded in death by her husband, Charles C. “Charlie” Burnside, whom she married in 1969, and who died February 15, 2021; one daughter, Darla Gavrun; two sons, Donald Kay and Michael Kay; and a step-son, Charles Burnside.

Friends may call Saturday, June 26, 2021, from 11 a.m. to 1 p.m. at McVay-Perkins Funeral Home, 416 East Street, Caldwell, where the funeral service will follow visitation at 1 p.m. with Harry Summers officiating. Burial will take place at Western Reserve National Cemetery in Rittman at a later time. Memorial contributions may be made to the family to assist with final expenses by visiting Donna’s memorial page online at www.mcvay-perkins.com, where an online guestbook may also be signed.