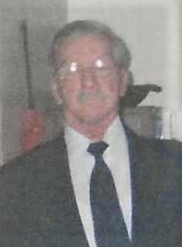 Joseph H. Coates, age 75, of Caldwell, Ohio, died Monday, July 5, 2021, at Altercare Summit Acres in Caldwell. He was born September 26, 1945, in Glassboro, New Jersey, son of the late John Edward and Marie Rita Henry Coates. Joseph was a United States Navy veteran, having served during the Vietnam War from 1963-1967 aboard the USS Edwards. He worked as a mechanic and was Catholic by faith. He enjoyed hunting and fishing.

In addition to his parents, he is preceded in death by one sister and one brother.

Surviving are his wife, Ruby Katherine Armstrong Coates, whom he married September 10, 2010; four sisters and one brother.

Friends may call Thursday, July 8, 2021, from 11 a.m. – 1 p.m. at McVay-Perkins Funeral Home in Caldwell, where the funeral service will follow visitation at 1 p.m. with Pastor Bill Pickenpaugh officiating. Burial will be at the Ohio Western Reserve National Cemetery in Rittman at a later time. Memorial contributions may be made to McVay-Perkins Funeral Home to assist the family with final expenses by visiting Joe’s memorial page at www.mcvay-perkins.com, where an online guestbook may also be signed.