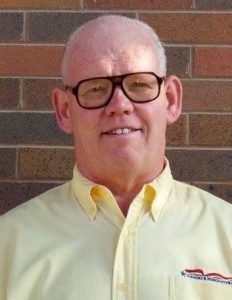 Jerome E. “Jerry” Sanford, age 68, of Caldwell, Ohio, died Thursday, August 12, 2021, at Altercare Summit Acres in Caldwell. He was born March 22, 1953, in Cambridge, son of the late Donald Watson and Ruth Margaret Milligan Sanford. Jerry was a 1971 graduate of Caldwell High School. He began working at Gateway Market at the age of 14. He was employed there for 28 years, and he finished his career at the store as produce manager. He was then employed by the Farmers and Merchants Bank as maintenance supervisor for 19 years. Jerry was elected to five terms on the Caldwell Board of Public Affairs and was director of the Noble County Recreation Committee, for which he assisted with fundraising to restore the Happy Time Pool. He was a member and past president of the former Caldwell Lions Club for over 20 years and president of the Noble County Herb Guild for five years. Jerry was also a well-known caterer in the area, working with the late Walter Colley for 15 years and later Judy Brown for 15 years. They served dinners for chamber of commerce banquets, weddings, and funerals. He was founder and organizer of the tri-annual Milligan Family Reunion for 30 years, and he served as a sign language interpreter for the local deaf community.

Friends may call Monday, August 16, 2021, from 2-7 p.m. at McVay-Perkins Funeral Home, 416 East Street, Caldwell, where the funeral service will be observed Tuesday, August 17, 2021, at 11 p.m. with Ken Perkins officiating. Burial will follow at Olive Cemetery. Memorial contributions may be made to the Happy Time Pool, c/o Thomasina Crock, 9 Kennedy Drive, Caldwell, Ohio, 43724. An online guestbook may be signed at www.mcvay-perkins.com.