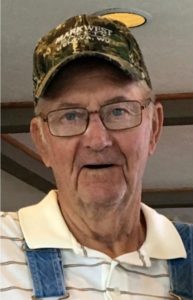 He was born at Zanesville, Ohio on April 10, 1943 a son of the late Gilbert and Opal Lease Yontz.

Frank was a proud graduate of Skyvue High School and was wearing his class-ring as he took his final breaths. After high school, he completed additional education to become a pipeline engineer and began a successful career in this field. He prided himself on the pipeline infrastructure he helped create across the country for various companies who contracted him. On the job site, he was always well respected for his knowledge and work ethic, but “Pee-Wee” (as his work friends called him) was known for his jokes and made many lifetime friends along the way.

Outside of work, Frank amassed a large farm and cultivated cattle and other livestock. He was a skilled carpenter and it was important to him to pass these abilities onto his sons. He helped building many homes in the local area, including two of his family homes. He maintained a number of rental properties over the years and always took good care of tenants.

Frank enjoyed cooking a variety of foods for his family but may have been better known for his love of eating or “grazing” as he referred to it. You could often catch him with a spare fork in the front pocket of his overalls.

Later in life he was known as “Papaw” and his happiest times were spent with family. His grandchildren meant the world to him and he did his best to spoil them. Despite coping with many health conditions later in life, he maintained a positive attitude and had a great appreciation for all of his healthcare providers. He may have told a few too many off color jokes to his nurses, but they always knew he appreciated their care.

If you knew Frank, you know he was one of kind. He will be greatly missed.

There will be no visitation or service. A private inurnment will be held at the St. Joseph Catholic Cemetery near Lewisville, Ohio.

Arrangements have been entrusted to the care Watters Funeral Home, Woodsfield, Ohio.