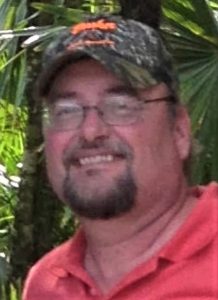 John William Fogle, age 55, of Vincent, Ohio, died Saturday, August 14, 2021, at his home. He was born July 30, 1966, in Zanesville, son of the late Paul Wesley and Ruth Ester Clark Fogle. John was a 1984 graduate of Skyview High School, and he was a United States Navy veteran, having served four years of active duty. He worked as a brake press operator for Hi-Vac Corporation in Marietta. He was a member of Road Fork Baptist Church and the Beverly American Legion Post #389. John was known as an outstanding mechanic. He enjoyed hosting large gatherings for family and friends. He enjoyed barbequing and outdoor activities, including hunting, fishing, and riding four wheelers. He loved spending time with his family, especially his grandchildren.

In addition to his parents, he is preceded in death by his father-in-law, Charles Moore.

Friends may call Tuesday, August 17, 2021, from 5-8 p.m. at McVay-Perkins Funeral Home, 416 East Street, Caldwell. A private graveside service will be observed by the family at Zion Cemetery at a later time with Pastor George Clark officiating. A veteran’s service will be conducted by the Noble County Veteran Service Organizations. Memorial contributions may be made to the American Cancer Society www.cancer.org or to Marietta Hospice Care, 27855 State Rt. 7, Marietta, Ohio, 45750.  An online guestbook may be signed at www.mcvay-perkins.com