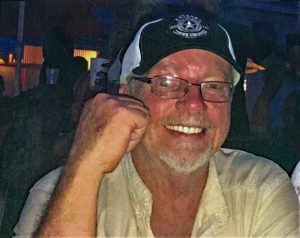 Monte F. Barnhart age 65, of Caldwell, Ohio passed away unexpectedly Thursday, August 19, 2021 at his home. He was born April 13, 1956 in Cambridge, Ohio, a son of the late Merle and Marylois Tarleton Barnhart.

He was a 1974 graduate of the West Muskingum High School. He went on to work for Kroger Grocery in Zanesville; Food Center Emporium; former Gateway IGA in Caldwel;, Noble Correctional Institution; and most recently was employed at Southeastern Med in Cambridge. He was a member of the Sharon Lodge #136 F. & A.M. and a Caldwell Volunteer Fireman for several years. Monte was passionate about many things such as music, classic muscle cars, OSU Buckeyes, and riding his motorcycle. Most importantly he loved his family and the time he was able to spend with them.

The family will receive friends for visitation Monday, August 23, 2021 from 3-7 p.m. at the Chandler Funeral Home & Cremation Service, 609 West Street, Caldwell, OH 43724. Visitation will conclude services at the funeral home with cremation to follow. Inurnment will be held at a later date.