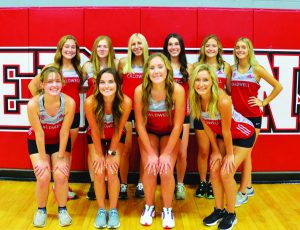 The Caldwell High cross country teams look to continue their success this season.

The girls are looking to return to the OHSAA State Meet for the third year in a row. They finished in 20th place at the state meet in 2020 and were OVAC 1A/2A champions, the District D-III District champions, and fourth at the D-III Regional to earn the right to run at state.

The girls return all of their runners from last season. Junior Sage Speck looks to lead the team again this season. She was second at the district, 26th in the regional, and  at the state meet (20:21.8). She earned All-Eastern District honors along with teammates senior Calli Hesson, junior Emma Lowe and sophomore Katie Franklin.

They will be joined by junior Emalee Laswell, sophomores Emily Crum and Teagan Secrest, and freshman Sadie Watson.

The boys’ team has low numbers again this year. They qualified for the OHSAA Regional meet last season, where they finished in 11th place. They were the OVAC 1A/2A champions and were the runners-up at the East District Meet. 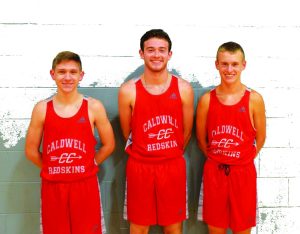 The boys have just enough runners to compete as a team, with five guys competing this fall.

The leader of the group will be senior Noah Schiech while other runners who have earned letters are juniors Blake Miller and Gavin Clark. Miller earned All-Eastern District honors/

Joining the team for the first time are sophomore Cody Welch and freshman Chuck Estadt.

The boys lost two runners to graduation – Andrew Sheanshang and Lucas King. Sheanshang led the team last season, finishing fifth in the district and 33rd in the regional and he was named to the All-Eastern District team.

Caldwell has a new head coach this season as  Keith Wilson takes over from Dugan Hill, who left the program over the summer.

Wilson is excited for this opportunity.

“With this being a huge coaching change, we are trying to go back to basics,” he stated. “Getting our endurance up while maintaining and even increasing speed is important.  We are also working hills more to make us stronger for our meets such as the Marietta/Broughton meet, which can be challenging due to hills.”

Coach Wilson is looking for his runners to improve each week.

“Our goals for the season is to be at our strongest running at OVACand District,” he continued. “Runners can plateau midway through the season and actually slow. We want to continue to get stronger and faster at a pace that will push us past Districts and Regionals, and hopefully in to State.

“Keeping our mental health is equally important in my eyes.” Offered Coach Wilson. “These athletes push themselves extremely hard. We typically think that it is only physical, but their mental health can also take a hit if a race doesn’t go as planned.  We want to educate our runners so they know why we are doing certain workouts while also keeping their mental health at the forefront. We plan on changing our workouts to keep it interesting, but also challenging.  We also want to keep our workouts fun, at times, to allow the athletes to step out of that always training mentality.”

Wilson will be assisted by Randy Lowe, Jenna Furr and Jordan Croucher.

The ‘Skins will host the Caldwell Fall Classic again this season, on September 25. The highlight of the season will be the OVAC Cal Pokas Championships at Cambridge on October 9.

The Redskins open their season at the Elizabeth Broughton Invitational in Marietta on Saturday.